I am Fulbright 75/64 Anniversary Celebration

‘I am Fulbright’  75 / 64 Anniversary Celebration, Ireland 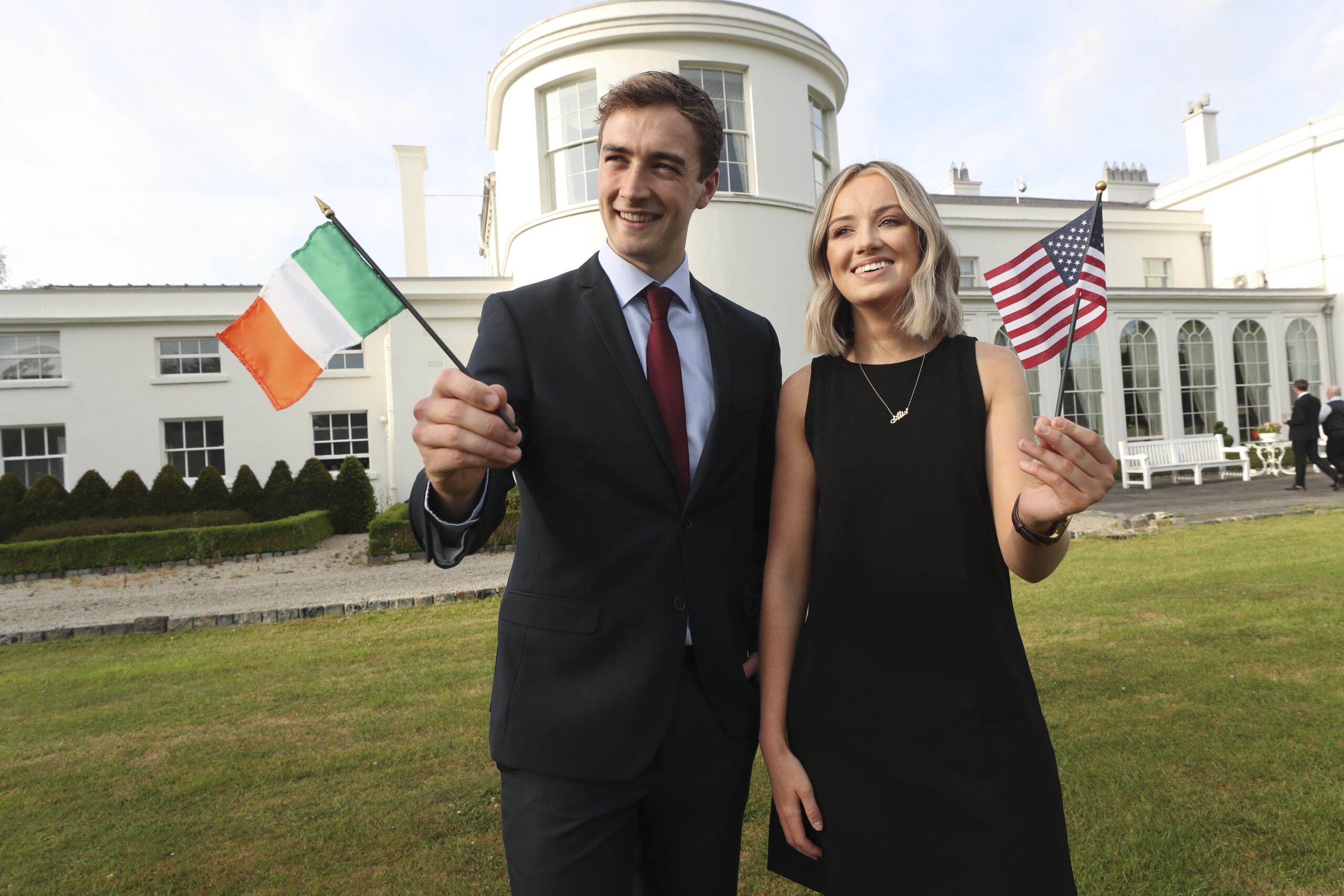 Throughout 2021, the U.S. Department of State and program partners around the world are marking the 75th anniversary of the Fulbright Program by highlighting the achievements, innovations, and impact of the U.S. government’s flagship educational exchange program.

To celebrate this milestone, and recognise 64 years of educational and cultural exchanges between Ireland and the USA, the Fulbright Commission in Ireland and The U.S. Embassy in Ireland will host a special Fulbright Alumni evening. This event will also celebrate the Fulbright-Frederick and Anna Douglass Award, developed in partnership with the U.S. Embassy. This scholarship has been developed to encourage participation of diverse communities in U.S.-Irish exchanges, and to spread awareness of the Fulbright Program within more communities, particularly those traditionally underrepresented in international exchange.

The evening of celebration will reflect on Fulbright past and present, as well as future ambitions. Fulbright Alumni who undertook awards over a range of decades will take part in a panel, to discuss their experiences of cross-cultural collaboration, change-making, community engagement and personal development. The evening’s programme includes anniversary remarks followed by Alumni panel discussion, and light canapé reception.

The Irish Fulbright Commission will also post alumni videos and updates throughout the day and host a lunch for Irish and U.S. stakeholders.

A member of the Royal Irish Academy, Professor Negra is the author, editor or co-editor of twelve books including What a Girl Wants?: The Reclamation of Self in Postfeminism (2008), Extreme Weather and Global Media (2015), and Imagining “We” in the Age of “I”: Romance and Social Bonding in Contemporary Culture (2021). Her work in media, gender and cultural studies has been widely influential and recognized with a range of research awards and fellowships. She is Chair of the Royal Irish Academy Working Group on Culture and Heritage. An in-demand speaker with a long track record of editorial board service for journals including Screen, Cultural Studies and The Velvet Light Trap, she has served on the Board of Directors of the Society for Cinema and Media Studies and currently serves on the Board for Console-ing Passions. An American academic trained at the University of Texas at Austin, Professor Negra has been based in the UK and Ireland since 2002.  She was Fulbright Professor at the University of Gdansk in 1999-2000.

Evan Garza is a Washington, DC-based curator, writer, and the co-curator and Artistic Director of the 2021 Texas Biennial: A New Landscape, A Possible Horizon. He was 2021 visiting faculty in the MFA in Visual Arts program at Lesley University in Cambridge, MA and a fall 2020 graduate visiting critic at Virginia Commonwealth University School of the Arts (VCUarts). Garza previously served as Director of Public Art at Rice University in Houston, TX from 2016–2019 and was Assistant Curator of Modern and Contemporary Art at the Blanton Museum of Art at the University of Texas at Austin from 2014–2016. He is cofounder of Fire Island Artist Residency (FIAR), the first residency program in the world exclusively for LGBTQ+ artists. As a Fulbright Scholar at the Irish Museum of Modern Art (IMMA), his research focuses on artists from art historically underrepresented communities through digital interpretation, public programs, and collecting strategies which emphasize equity and diversity. In addition to working with artists and the IMMA Collection, Garza is also examining art historical parallels between contemporary global movements for racial and social justice and the history of Irish protest and civil unrest as a Visiting Research Fellow in the Department of History of Art and Architecture at Trinity College Dublin.

Dr Jean McCarthy is a Lecturer in Organisational Behaviour at the Kemmy Business School (KBS), University of Limerick, and the UL Fulbright Campus Ambassador. A graduate of the UL (BBS, 2006; PhD, 2011) and a former Fulbright Scholar at Colorado State University (2012-3), she researches and lectures in the areas of Organisational Behaviour, Leadership Development, and Research Methods within the Department of Work & Employment Studies. Her focus of scholarly research centres on understanding organisational attitudes and behaviour which promote a more inclusive and sustainable workplace. Dr McCarthy is a Global Research Associate with the Sloan Center on Aging & Work at Boston College, and co-director of the Age in the Workplace Research Network (AWR-net). She is also a member of the Cambridge Institute for Sustainability Leadership Network.

Born Dublin, 21 December 1932 about 3 weeks after his parents returned from living in California. Educated at Blackrock College, University College Dublin and as a Fulbrighter at UCLA Graduate School of Business Administration (1961-62). His Fulbright award was specially designed for young Irish managers, to introduce them to management practice and theory in the USA which were then far ahead of anything common in Ireland. It provided for a semester of non-degree studies at graduate level followed by several months of travel in the US, visiting companies and organisations related to the subjects studied. These could be chosen with complete freedom by the awardees themselves.

The impact of the studies, the people and the culture of California was enormous and life changing for himself and subsequently for many others. The confidence gained and the can-do attitude absorbed, enabled him, in partnership with his late wife Kay, to start Ireland’s first overseas development agency, CONCERN, and lead it for the first 10 years. It now employs 3,500 people in 24 of the world’s poorest countries on development projects in agriculture, health, and education. lt also responds to humanitarian crises rapidly, wherever they occur. It has an annual budget exceeding $200 million.

Subsequently, he founded the Irish Refugee Council which recently celebrated 25 years of advocacy and practical care for the many displaced persons who have sought asylum in Ireland. He has served on the Council of the Irish Fulbright Alumni Association and researched and co-edited, with Professor John Hurley, the Directory of awardees in the first 50 years of the program in Ireland. He has been honoured by the IFAA with its medal of honour and by the IUSA with its Distinguished Alumnus (2018) He was selected as State Department Alumnus of the month in February 2012. Dr O’Loughlin Kennedy’s latest project is a book. A serious critique of the management structures of the Catholic church, of which he is a committed member. Its title is drawn from a statement of Pope John Paul II after 17 years’ experience of the office: “The Curia is the Pope”. It is available from Mount Salus Press and Amazon.

A recording of the live event will be available after it has concluded and will be posted on this page.

While attendance to the event is limited, we ask you to join us online for a day of celebrating our Fulbright Family! We will be very active on social media, so please join the conversation and share at #Fulbright75 & #FulbrightIRL64.

Alumni are welcome to update their details with the Commission here, or drop us a line at alumni@fulbright.ie

Connect and celebrate with your Fulbright Alumni Family in Fulbright groups around the globe: