William Phillips, MD, MPH, is a family doctor and Professor of Family Medicine and Public Health at the University of Washington in Seattle. As a 2019-2020 Fulbright Scholar to Ireland, he intended to research and develop simulation training in shared decision-making between doctors and patients at the Royal College of Surgeons in Ireland medical school.

“With the pandemics of loss, grief and injustice enshrouding our world, it’s hard to complain about the loss of a Fulbright term due to the COVID-19 emergency. Still, I was so sad to see my 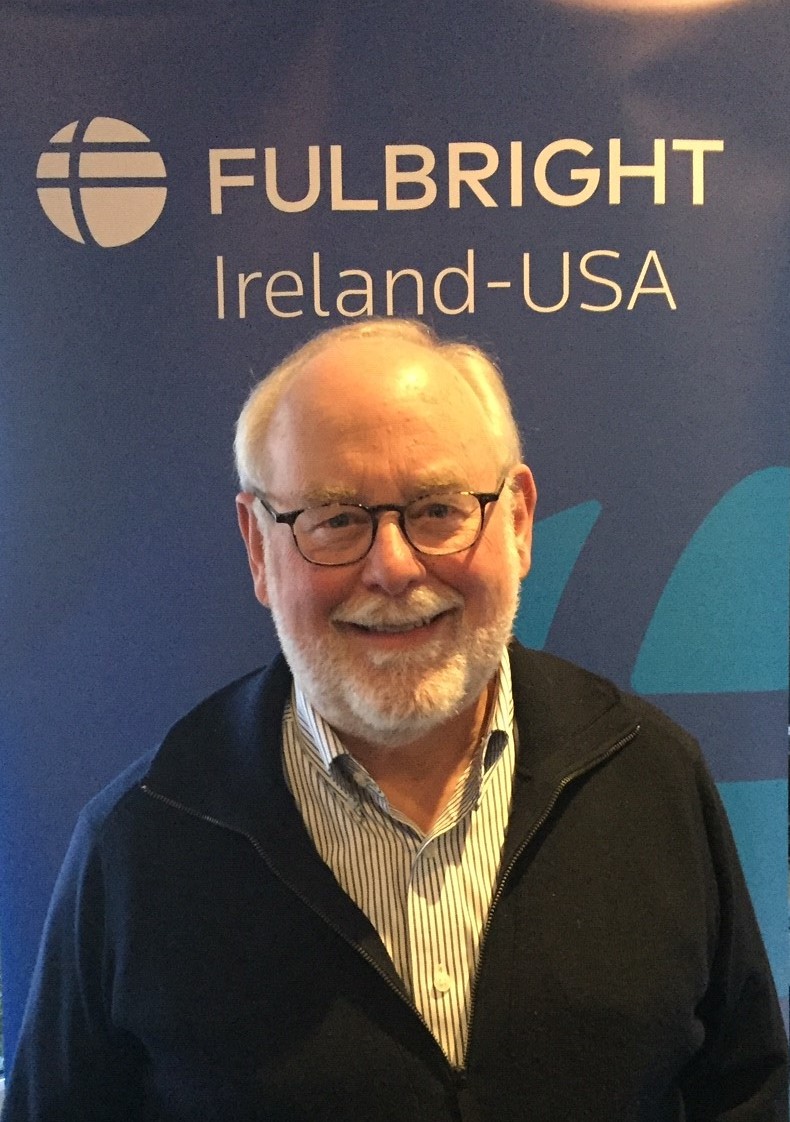 Fulbright planning, anticipation and opportunity evaporate in less than 2 weeks when my host university closed down and we were coronevacuated back to the US.

My Fulbright host was the Royal College of Surgeons in Ireland (RCSI) in Dublin. It is Ireland’s second oldest school of medicine and has both born witness to Ireland’s troubled past and helped envision its exciting future. More than a witness, RCSI was also a participant in the 1916 Easter Rebellion and still bears bullet holes scaring its classical colonnade facing St. Stephen’s Green. RCSI is also leading a vision of the future of medical education with its new state-of-the-science center for clinical simulation training.

As the pandemic spread to reveal strengths and expose weaknesses in our health and social institutions, I was happy to find my academic home at the foundation of health care, in the Department of General Practice, studying the soul of healing, patient-doctor communication.

My time was short, but Dubliners are long on welcomes, warmth and willingness to help. I quickly learned that there are no strangers in Ireland, only friends you haven’t yet met.

I had originally planned to work on simulation training for patient-doctor shared decision making. But as people, plans and resources evolved, I adapted a new strategy to make the most of my Fulbright opportunity in Dublin.

Fulbright is a time of discovery and what I discovered at RCSI may well be the world’s richest resource of diversity in medical education. The variety of students, faces, languages, cultures and faiths offered a microcosmic laboratory for understanding how learners become healers. Based on past work and empowered by new RCSI colleagues, we began to study how new doctors learn to recognize suffering in their patients and how this personal and professional growth may vary across cultures. How do patients say, “I hurt,” in Hindi, Tagalog, Arabic, English, Creole, Urdu and Mandarin? What does suffering mean to Roman Catholics, Buddhists, Muslims, Sikhs, Lutherans, Jews and Jains? How can healers from one background best learn to care for patients from another?

Then, just ten days into my Fulbright term, COVID-19 hit hard and the school wisely shuttered its doors. Students returned to their homes on six continents and the US Embassy advised us to return to our home in Washington state.

Focus groups and surveys of students were put on hold. Interviews with the imam and the priest were cancelled. Three months of planned research went into suspended animation.

We did get one glorious trip driving – on the left side of the road – around the beautiful Ring of Kerry on Ireland’s southwest coast. It was all it we were promised: Atlantic seas crashing on heroic headlands, cozy pubs, friendly faces, inspiring beer, green meadows, white sheep and weather that changed faster than you could name the colors of the many rainbows.

I was called home too soon. There is so much – and so many – that I had to leave behind. As our Aer Lingus plane lifted off, I reflected on the grief my forbears felt as they set sail from Ireland’s shores for America to flee the Great Famine. That plague decimated their potato crops. Today’s plague hits our lungs and the connective tissues of our social and health care systems.

Those emigrants had to leave behind their land and language and people. Today, fortunately, we can communicate at the speed of electrons, Zoom team meetings and build around-the-world relationships.

I am home now and, like you, mostly hunkered down working at my computer. I reach out to my new Dublin colleagues daily. Whenever school reopens, teaching and teams, research and relationships, will restart and embrace our new virtual spaces.

On a recent call, one colleague told me the story of a surprise meeting while she was rambling on a cliffside path along Ireland’s wild Atlantic way and saw another lone walker. On approach, she was astounded to recognize the Heavenly Father. “What in the world are you doing here,” she asked? God replied: “Like everyone else, I’m working from home.”