Kimberly Reyes holds a Master of Arts with a concentration in Arts & Culture from Columbia University’s Graduate School of Journalism, and most recently completed a Master of Fine Arts in Creative Writing with a concentration in Poetry from San Francisco State University. She earned her Bachelor of Arts in Journalism at Lehigh University. She is the author of three books: Warning Coloration (dancing girl press 2018), Life During Wartime (Fourteen Hills, 2018), and Running to Stand Still (Omnidawn, 2019). During 2019-2020 she was thrilled to continue her investigations of race, class and society at University College Cork, where she is completing a Master of Arts in Irish Writing and Film, focusing on Performative Postcolonial Identity.

“Well folks, it’s been interesting to say the least. I decided to stay in Cork after the Fulbright program ended in March due to Covid-19 because I thought it would be the best route to completing a 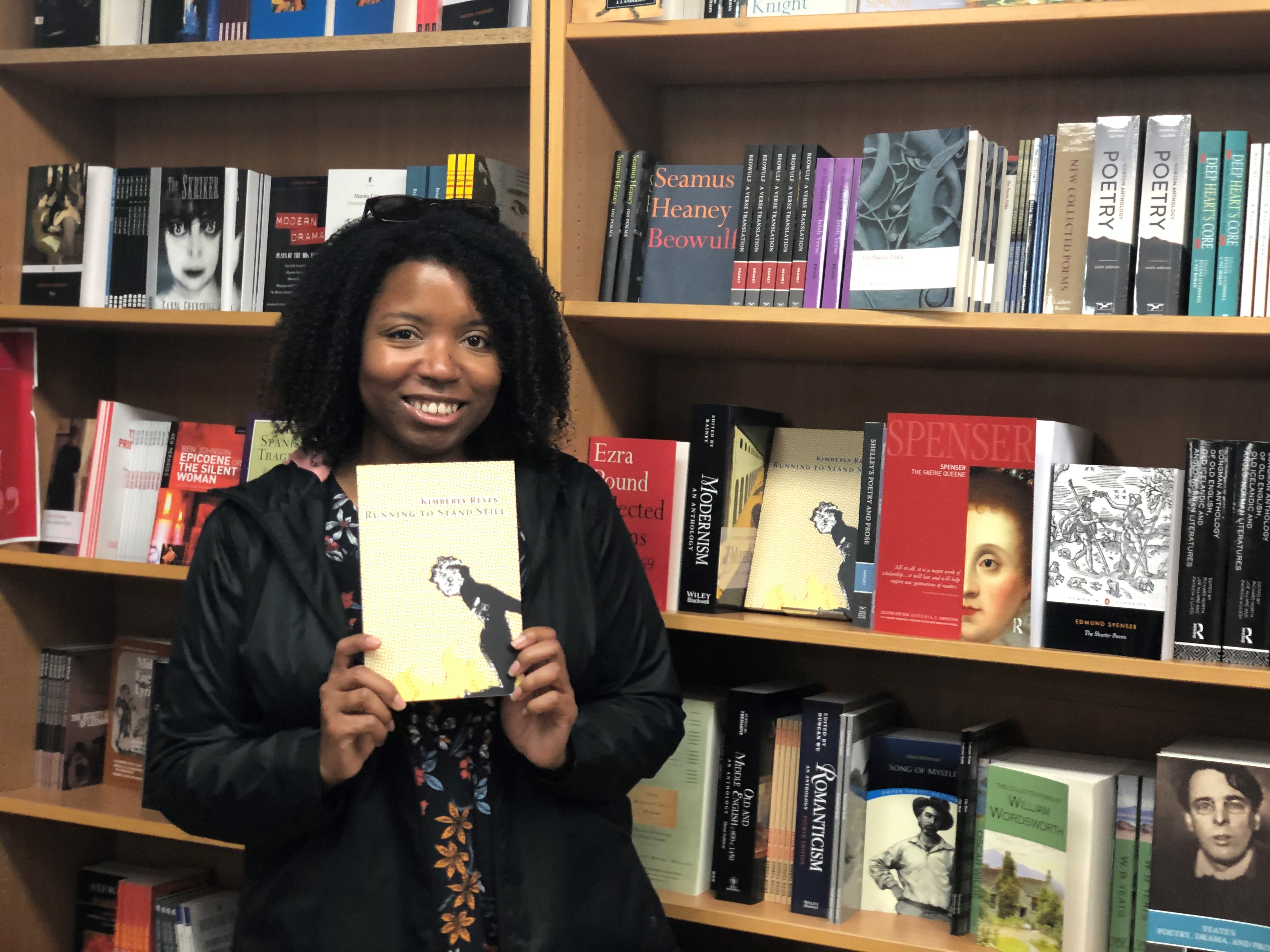 successful thesis (I’m getting a master’s in Irish film and writing at University College Cork). I also wasn’t ready to leave Ireland. I’ve had so many amazing, career experiences here as a writer and been given so much by the academic and writing community.

My favorite memory is probably the book release party for my first full-length poetry collection, Running to Stand Still (yep named after a U2 song). The book was released last October, and I was initially terrified of being out of America (as my publisher is American) during it’s release. But it turned out to be a blessing that I was here as my university threw me the most wonderful book release party and I was floored to see my book on bookshelves here. It made me feel like a true, international scholar.”