Dr Jacek Kibilda is a research fellow with the CONNECT Institute at Trinity College Dublin. As a Fulbright-TechImpact Scholar, he will conduct research with the Wireless Networking and Communications Group at the University of Texas at Austin.

“Two weeks. Two weeks have passed since I arrived to the States. I’ve spent them venturing around the States (Lovecraft’s tour around Providence!), visiting friends (heads up for Padraig and Marcela!), fighting the jetlag or the post-Harvey flight cancellations, and, well… talking to people about my past and future research. These two weeks have been quite intense, but it also means they passed by at a pace of a sportbike riding the Circuit of the Americas. 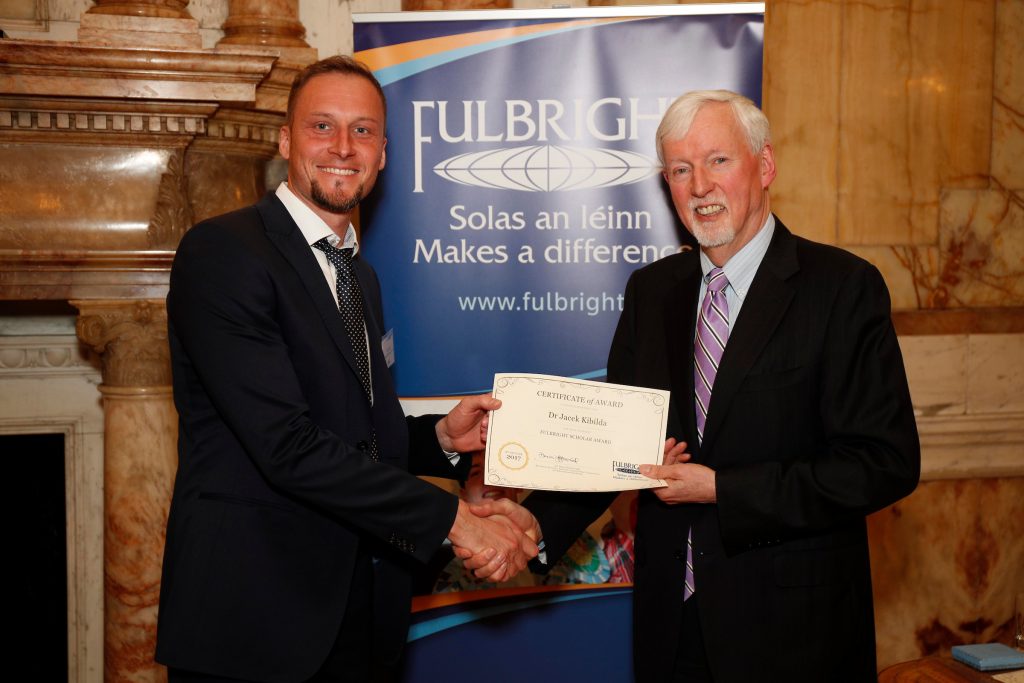 Even though it’s not my first trip to the States this time it feels somewhat different, and no, it has very little to do with the lunacy of the tweetfreak in command, or the Charlottesville’s defenders of free speech, or climate change deniers. It’s really the case of me being here on my own, left to build a somewhat functional life despite the externalities. And, indeed, there are some externalities that puzzle me, and will likely puzzle me until my last day here. For example, supersize obsession — cars, roads, buildings, small (!?) coffee, or food, everything has to be at least a size larger than what I’m used to. But there is one thing that is not super-sized — it’s draft beer! Forget about your topped pints. Not only it’s not topped, but it’s also about the size of three quarters of a regular pint! Not cool America!

Also, Americans, both Republicans and Democrats, love rich people. If you have the money here, it means you know something about life that others don’t. This means you have the right to tell others what’s good for them (low taxes, research into string theory, laxed attitude towards guns, etc.). But the weirdest thing is that others actually listen!

And on a bit more of a personal note, people here seem to think I’m either Irish (the ones that recognize my accent) or from somewhere like New Hampshire (the ones that don’t recognize my accent), which is quite confusing because this is the relatively new side of me that, at least so far, hasn’t been really put into the spotlight. Oh, and by the way, being from New Hampshire here is synonymous to not being very progressive (to put it mildly).

Now, I’m in Austin. Presently sitting in some hip juice bar, drinking gingerful smoothie, just after a brief lunch time meeting with my host Gustavo at the University of Texas. Tomorrow’s going to be my first day as a researcher here, but it’s really the first day of my daily routine here. Instead of answering the question “am I ready”, after finishing this smoothie I’ll choose life, get back to my apartment and take a cooling dip in the swimming pool next to it.”