Chayla Rowley is a U.S. citizen of European and Choctaw (indigenous) descent, and a citizen of the Choctaw Nation of Oklahoma. She is a graduate of the MS in Civil Engineering the University of Colorado at Boulder with a focus on developing communities. In her spare time, she engages young women in leadership & self-confidence building activities, volunteers for immigrant & refugee organizations, and promotes & encourages American Indians in the STEM fields. As a 2019-2020 Fulbright Awardee, she completed a MA in Refugee Integration from Dublin City University.

“The first time I heard about Ireland was during story time. Although, unlike most U.S. children, the story I heard said nothing of leprechauns or four leaf clovers. The story I heard was about 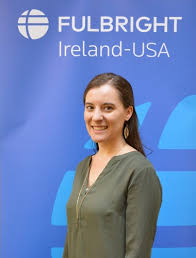 I am a citizen of the Choctaw Nation of Oklahoma. We tell the story of an important period in history. Not many years after our people were forced to leave our ancestral homelands by marching west on the ‘Trail of Tears’, the ‘Great Famine’ swept through Ireland, taking countless lives and causing others to leave the country. Feeling their hunger pains echoed in our bellies and the tears they wept for their loved ones mirrored on our cheeks, we took a collection and sent over what would amount to around $5,000 in today’s dollars. The Choctaws had so little and had lost so many, but it was because of these added difficulties, not in spite of them, that we felt so called to contribute. Generosity given in the face of adversity and uncertainty is one of the purest expressions of hope. By giving under those circumstances, we shared not only money, but hope.

This story is the reason I thought to consider Ireland for my Fulbright. Looking back over my time, I am filled with gratitude. I am thankful for my ancestors who led me here and passed on the lessons of generosity, hope, and kinship. I am equally grateful for all the wonderful people I met during my stay. I arrived wanting to better connect with the land and the people my tribe had felt so strongly about all those years ago. I had no way of knowing just how deeply the same sentiments of hope and kinship would play into my own experiences in present day.

When COVID-19 and all its implications first reached Ireland, daily life often became overwhelming, stressful, and emotional. What helped me keep the spirit of hope alive was the immense outpouring of support. The Fulbright Commission of Ireland fixed health insurance glitches, answered countless questions and advocated for us when it meant the most. Dublin City University worked with me so I could finish my degree remotely and keep my housing or be reimbursed for it. And so many people reached out with words of encouragement and offers to help in whatever way they were able. Some people I knew very well and others not so much. My final days in Ireland and my weighty decisions were lightened thanks to their support. 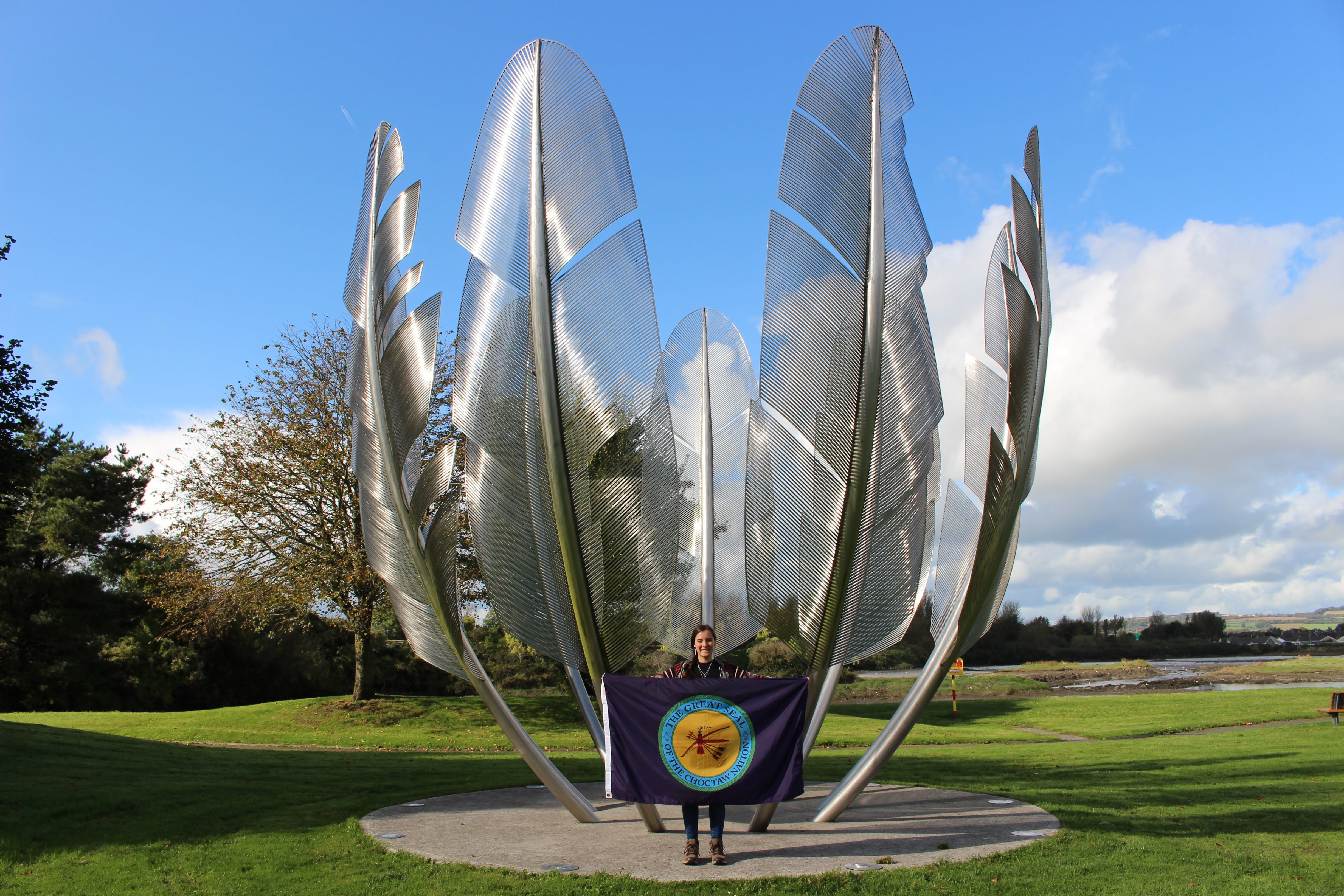 To make things more impactful yet, I learned that back in the U.S., the Navajo and Hopi nations were suddenly receiving an unexpected influx of money. Upon investigation, they learned the unanticipated numbers were largely coming in from Ireland. The Irish people remembered the Choctaw’s historic act of generosity and were moved to give when they heard about the difficulty the Navajo and Hopi nations were having due to COVID-19. This “paying it forward” to other indigenous peoples in the U.S. is another example of how different cultures embrace one another as kindred spirits.

Back in the 1800s, the Choctaw people recognized themselves in the Irish. They did not focus on the differences of distance, nationality, skin color, etc. They were moved by our shared humanity. What was given was not a ‘debt’ or ‘favor’ needing repayment. It was the mutual sharing of hope among kindred spirits. Since that time, the Choctaw and the Irish have continued their relationship. The Irish even installed a sculpture entitled “Kindred Spirits” to commemorate the historic act of generosity.

I had the opportunity to visit the sculpture alongside a fellow Choctaw scholar. We had never met before, but this sculpture brought us together, and its connection to our heritage brought us to this country. The sheer size of the sculpture is touching. It conveys the message that this is not a token thank you for something which happened years ago. It is a true tribute to a lasting bond and celebration of the beauty that exists in humanity. It was an honor to stand in this place knowing that my ancestors had shared a bond with this country and its people without stepping a foot here. And now, it is an honor to know that what the sculpture represents is being extended further. The Irish did not focus on geography or even the fact that the indigenous nations currently in need were two completely different ones from the Choctaw Nation who inspired it. They identified with those coping with the effects of an illness they too were trying to get a handle on. They chose to share hope during a time clouded by uncertainty. Witnessing and participating in the recognition of this kindred spirit is what I will hold onto from this time.

Yakoke (thank you in Choctaw),