Francesca Federico-O Murchu is an opera singer, pursuing an Open Study/Research grant at the University of Limerick. Her research is focused on the origins of Irish traditional music in English-language classical art song in the late 19th and early 20th century. Born in France and based in New York City, Francesca is accomplished in both standard and new music repertoires, and has
demonstrated both competencies in performances across the United States and Europe. Recent engagements include debuting with Wexford Festival Opera as Alice Ford in Verdis’ Falstaff in
their 2020 festival, and making her debut at The Rose Theater at Lincoln Center with the Teatro Nuovo bel canto festival. While in Limerick, she will study Sean-nós singing, and curate
programs that blend Irish and English music, showing their musical, linguistic and thematic linkages. 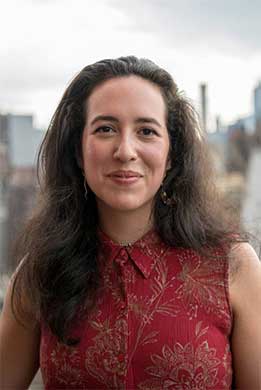