Kathryn was granted a Fulbright Award to pursue her MSc in Climate Change: Policy, Media and Society at Dublin City University.A KathrynA graduatedA from Temple UniversityA with a B.A. in political science and history, and a minor in global studies. She was awarded a competitive grant at her university to study the history of grassroots environmental movements in Philadelphia. She also participated in her university’s history honors thesis program and political science honors program.A KathrynA served as Temple Student Government’s Director of Sustainability,A worked in her university’s Office of SustainabilityA and was awarded a Millennium Fellowship by the United Nations Academic Impact initiative to complete an environmental service project. At Dublin City University,A KathrynA will study the interconnections between environmental policy and communications. She will continue exploring the impact of grassroots organizing on environmental policymaking by researching influential events in Ireland’s environmental history, such as the Carnsore Point anti-nuclear energy protests.A 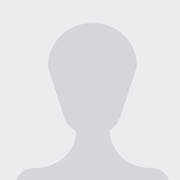