Hannah Flowers is a traditional harpist and singer from St. Paul, Minnesota. She was awarded a 2020-2021 Fulbright Award to pursue her MA in Traditional Irish Music at Maynooth University. During her Fulbright year her research will focus on the role of the Irish harp as an accompaniment instrument in the twenty-first century. She is a versatile harpist, having studied concert harp, modern lever harp, and wire-strung harp. In 2015 she was a recipient of a Next Step Grant from the Metropolitan Regional Arts Council to study ancient Gaelic wire-strung harp at Scoil na gClairseach in Kilkenny, Ireland. Professionally, her main interest lies in the combination of traditional Irish language song with harp accompaniment. An avid Irish language learner, she studies with Daithi Sproule and has spent three summers in the Gaeltacht in Donegal, including one summer on a Fulbright Gaeltacht Award (2016). 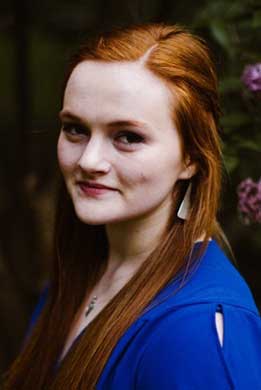