Alexander O’Hara is a Research Fellow in Historical Theology at the Loyola Institute, Trinity College Dublin. A historian of Late Antiquity and the Middle Ages specialising in monastic history and theology, the medieval cult of the saints and medieval Latin literary culture, he is a graduate of the University of St Andrews and Oxford University.
Dr O’Hara’s research focuses on the inter-relationship between monastic groups and secular elites in the Middle Ages, the transformation of the Frankish world in the seventh century, the cult of the saints, medieval hagiography and its manuscript transmission, the perception of Ireland and the Irish in medieval sources, and with the Irish monastic diaspora in Europe in the Middle Ages. He is the author of Jonas of Bobbio and the Legacy of Columbanus: Sanctity and Community in the Seventh Century (Oxford University Press, 2018), the editor of Columbanus and the Peoples of Post-Roman Europe (Oxford University Press, 2018), and translator of Jonas of Bobbio: Life of Columbanus, Life of John, and Life of Vedast (Liverpool University Press, 2017). His latest book is St Sunniva: Irish Queen, Norwegian Patron Saint (Bergen, 2021), concerning the medieval cult of the Irish saint Sunniva, patron of Bergen and Western Norway. In addition to his scholarly work, Dr O’Hara is the Founder of pagexpage.com, which provides research management software for postgraduate and PhD students.
As a Fulbright and Visiting Scholar in the Department of Celtic Languages and Literatures at Harvard University he will be researching and writing his next book project, Savage/ Saint Island: Imagining Ireland and the Irish from Classical Antiquity to the Anglo-Norman Conquest exploring the development of Irish ethnic identity and the changing cultural perception of Ireland and the Irish. 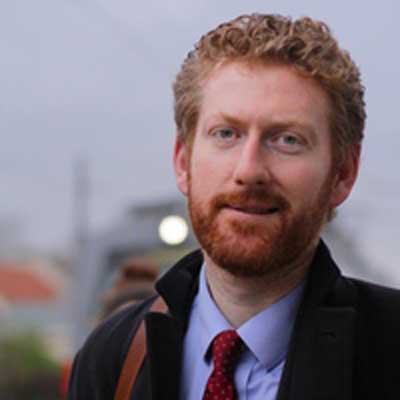