Brian Ó Doibhlin is a graduate of Queen’s University Belfast (BA in Irish and Celtic Studies 2014), Ulster University (MRes in Irish 2017) and NUI Galway (Diploma in Translation Skills 2017). He is currently a third year PhD student researching with the Northern Ireland Place-Name Project based in QUB, where he is also a Teaching Assistant at undergraduate level. His current research relates primarily to uncovering the origin of townland-names within a certain geographical area (that being the area of South-Derry and North-Tyrone commonly referred to as ‘Mid-Ulster’). In his spare time, he plays Gaelic football and volunteers as a committee member for his local GAA club and Irish-Medium nursery school. His research interests include Celtic languages, onomastics, translation, and the early-modern period in Ireland. As a Fulbright FLTA, he will teach the Irish language and take classes at the University of Notre Dame. 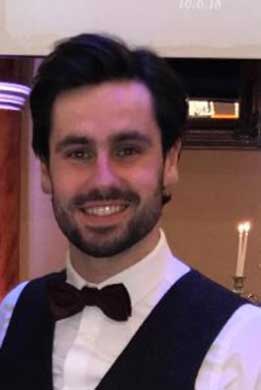