Andrew Keefe is a JD/PhD candidate in Sociology and Social Policy at Harvard University and a Harry S. Truman Scholar. Andy uses mixed methods to study the origins and outcomes of racial and economic inequality in the U.S. criminal justice system. His dissertation traces the abolition of indigenous Gaelic Brehon law and its replacement with English common law in early modern Ireland. Andy is particularly interested in how this transition shaped the development of settler-colonialism, racial capitalism, and English criminal law – an important basis of U.S. criminal law – in the British empire. As a Fulbright scholar, Andy will earn his MPhil in Early Modern History at Trinity College Dublin, where he will also serve as a postgraduate research associate for Beyond 2022: Ireland’s Virtual Record Treasury, an international project to restore texts from the Public Record Office of Ireland that were damaged during the Irish Civil War in 1922. Andy has served as a Madeleine Albright Fellow at the U.S. Department of Health & Human Services and a Peggy Browning Fellow and an Equal Justice America Fellow at Greater Boston Legal Services in Massachusetts. He received his BA from Macalester College and was born and raised in Minneapolis, Minnesota. 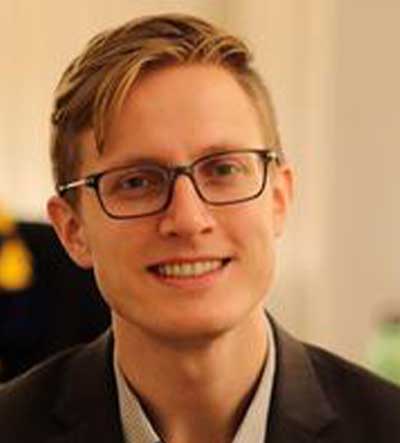