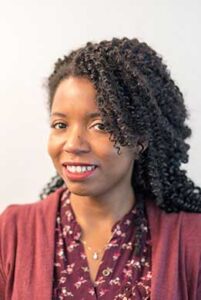 "I earned a master’s in Irish Literature and Film from University College Cork. While the course was challenging, time-consuming and enlightening, so much of what I learned was outside of the classroom. I choose to study in Cork because (outside of undergrad) I’d only ever lived in big cities like New York, San Francisco and Chicago, and I wanted to experience Ireland and Irish culture outside of its biggest, international city (Dublin). I was also captivated by the idea of Cork being “the rebel county,” and all that this implied historically and in its contemporary culture. And I was obviously drawn to UCC’s particular master’s program as many of my favorite writers and filmmakers are Irish and I wanted to study them outside of the American and Irish American lens. My studies, my classmates, and the insights of my thesis advisor, Dr. Barry Monahan, were beyond anything I could have envisioned. I was able to survey the works of my heroes like Enda Walsh, Neil Jordan, Oscar Wilde, and Patrick McCabe, alongside new favorites Lenny Abrahamson and Mary Morrissy (a lecturer at UCC when I was there). In my Fulbright application I stated that I wanted to study the postcolonial similarities between the Irish and Black Americans, and I achieved that and so much more.

My thesis ended up being on the films of Black British director Steve McQueen (of Hunger and 12 Year a Slave fame). I also learned and wrote some about the Black Irish, a community I was previously unaware of, so my studies went beyond the American and Irish paradigm. The ability to pan out and further internationalize my work has informed and enriched my writing and scholarship. I also made many important and inspiring connections in the arts world, fully immersing myself in the writing community by doing readings and
publishing both poetry and prose for national literary journals and newspapers abroad. My first, full-length book of poetry was released internationally while I was Ireland, and UCC gave me a release party that I will never forget. I will always feel privileged to have
been embraced by such a welcoming, intellectual community. And perhaps most importantly, a longtime fan of all things mayonnaise, potato and Cillian Murphy, I was able to indulge all of my vices. I wrote papers on films like ‘Disco Pigs’ and ‘Breakfast on Pluto’, and
it’s fair to say I left Ireland with a supplementary master’s in chippers (Irish slang for fish and chip shops). My very serious research took me all over the island only to find that my hometown fave, Cork’s Jackie Lennox, is the true, well deserved king of all grease joints.

My time in Ireland was invaluable and my connections will be lifelong as the island will always be a second home and my artistic muse."

You can watch Kimberly's Poerty Films and read more about her work here.